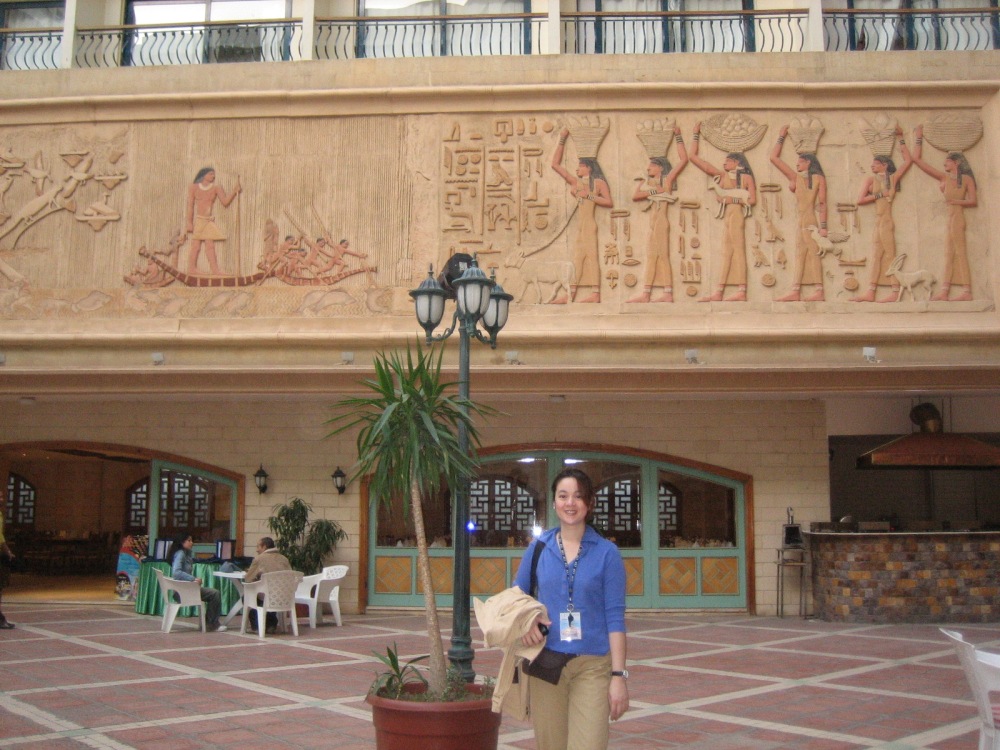 The Nile is where Moses’s mother, Jochebed, hid Moses in a papyrus basket which protected him from the death sentence on baby boys and gained him entrance to group up in the royal household.

Exodus 2:1 Now a man of the tribe of Levi married a Levite woman, 2 and she became pregnant and gave birth to a son. When she saw that he was a fine child, she hid him for three months. 3 But when she could hide him no longer, she got a papyrus basket for him and coated it with tar and pitch. Then she placed the child in it and put it among the reeds along the bank of the Nile.

5 Then Pharaoh’s daughter went down to the Nile to bathe, and her attendants were walking along the riverbank. She saw the basket among the reeds and sent her female slave to get it. 6 She opened it and saw the baby. He was crying, and she felt sorry for him. “This is one of the Hebrew babies,” she said.

7 Then his sister asked Pharaoh’s daughter, “Shall I go and get one of the Hebrew women to nurse the baby for you?”

8 “Yes, go,” she answered. So the girl went and got the baby’s mother. 9 Pharaoh’s daughter said to her, “Take this baby and nurse him for me, and I will pay you.” So the woman took the baby and nursed him. 10 When the child grew older, she took him to Pharaoh’s daughter and he became her son. She named him Moses, saying, “I drew him out of the water.”

This river turned to blood as one of the 10 Plagues that God performed to soften Pharaoh’s hard heart so he would let God’s people go.

Exodus 7:20 Moses and Aaron did just as the Lord had commanded. He raised his staff in the presence of Pharaoh and his officials and struck the water of the Nile, and all the water was changed into blood.

On one of our days in Egypt, for the first time, I happened to tell the boys that in case of an emergency, I had their passports and important documents with me; they should just get the computer and come down to the basement because I would be joining the tour group in our evening choir practice and devotion. While in the basement, here came Kyle and Matthew in their pajamas, computer on Kyle’s hand.  There was an emergency!  The fire alarm had sounded so they did just as they were told and they went to the basement. We in the basement were oblivious to the sound! It turned out to be a false alarm, thank God. It was amazing that they immediately found our exact location in the basement!

The Lord is reminding me of this promise that I claim for them:

Isaiah 54:13 All your children will be taught by the Lord,
and great will be their peace.