During the Edo Period, the site of today’s Ivy Square used to be the office for the local magistrate, representing the Shogunate which governed Japan. Later on, this became the site for Japan’s first cotton mill owned by Ōhara Magosaburō, an influential and beloved Kurashiki native who owned several business concerns and would later donate several properties of cultural and historical importance to this city.

Produce did not thrive in the salty soil of this reclaimed land but cotton did. This would give rise to Japan’s denim industry.

Today, Ivy Square consists of a hotel and restaurants and its back door leads right smack into the Bikan Historical Quarter with museums abounding all around.

Just steps outside the back door of Ivy Square is the Bikan Historical Quarter!

ending at the Canal: 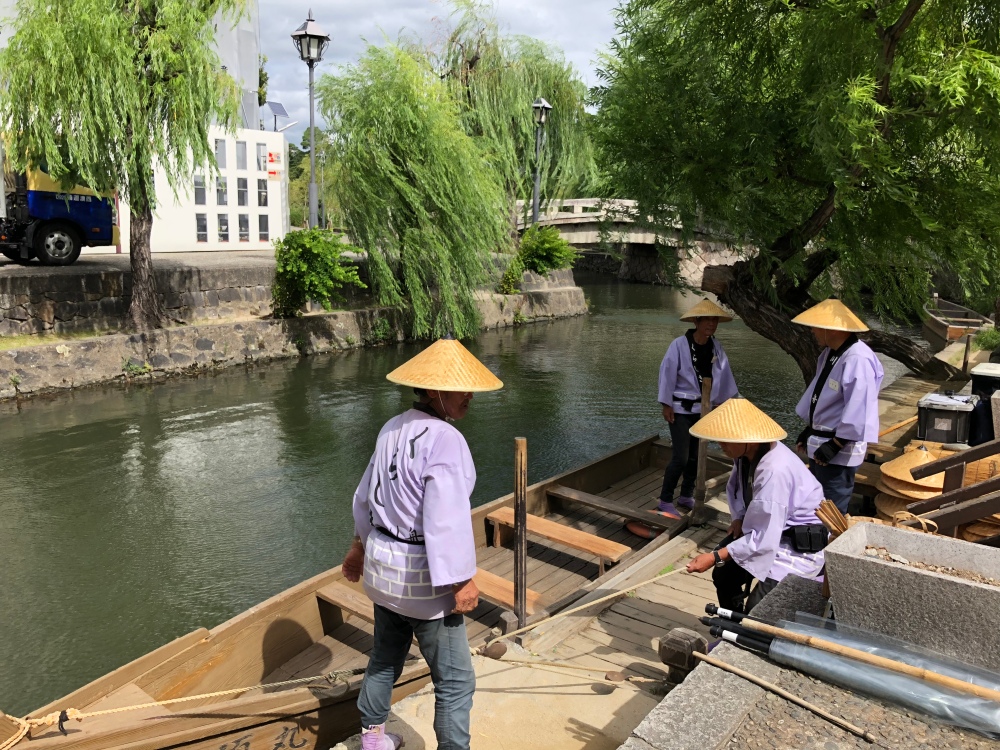 It was a particularly windy day due to the approaching typhoon but thank God, the sun was shining brightly!

I had a few minutes to wait for my Voyagin Tour Guide, Hisako Kashihara, who very kindly agreed to adjust our tour earlier so we could avoid the approaching typhoon this afternoon. I took the short walk to the canal and was immediately smitten by the charm of this preserved city rich in culture, history, heritage, green spaces, immaculately clean back alleys, interesting architecture, art, food. What more can you ask for?

Grateful for the opportunity to come here and meet my new friend, Hisako-san.