Queen Elizabeth Park is one of the top go-to places for Autumn leaf-peaking in Vancouver.  It used to be a forest with salmon-spawning creeks, making it a favorite hunting ground for bears, wolves, and elk.  In 1870 when Europeans settled here, they got rid of the wild animals, cleared the forest, and built pathways on the salmon creeks (except for those from the park to False Creek that remain today albeit unfit to sustain salmon).

In the early twentieth century, Little Mountain on which the park sits was quarried for rock that built the city’s roads. The landscape became a perfect setting for sunken gardens and in the 1930’s, the area was dedicated for park and recreation purposes by King George VI and his consort, Queen Elizabeth (Queen Elizabeth II’s mum) during their visit as King and Queen of Canada.

Beyond becoming the first arboretum (botanical garden devoted to trees) in all of Canada, improvements on the park and gardens over the decades have made it a beloved tranquil oasis offering magnificent views of Vancouver from the city’s highest point 152 meters above sea level.

The diversity of flora featured in the gardens— including an array of exotic trees in the Bloedel Conservatory—- have also earned it the label of being Vancouver’s horticultural jewel. 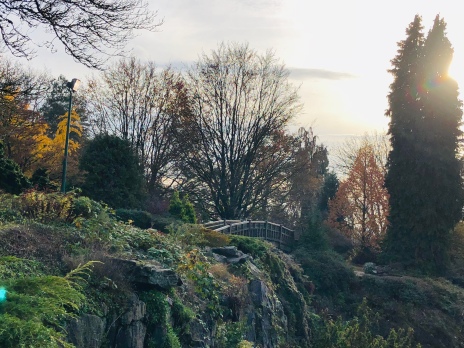 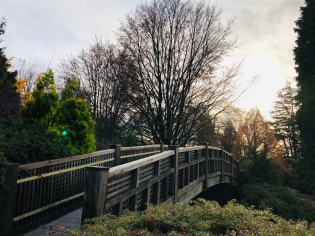 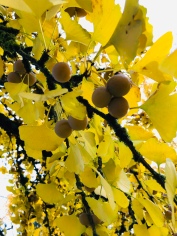 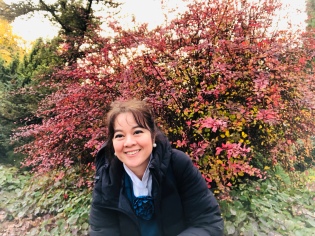 The park has a restaurant on the premises—-Seasons— with spectacular garden and city views.  This is where former US President Bill Clinton and Former Russian President Boris Yeltsin, dined together during the Vancouver Summit on April 3, 1993 [Please see photo below right from collage below]. 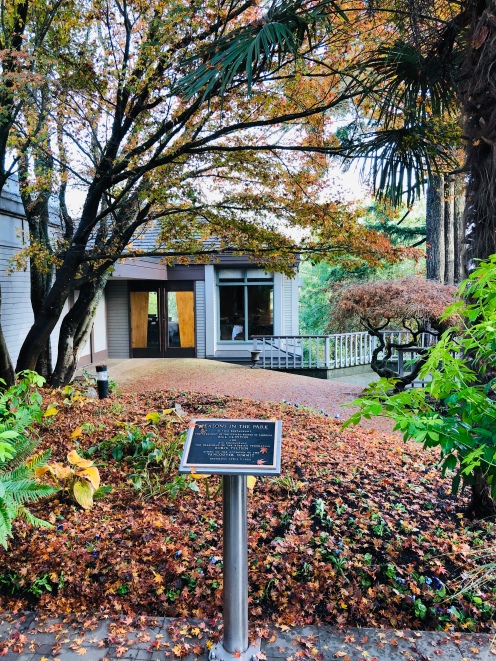 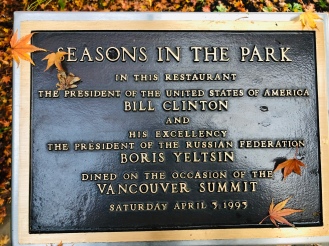 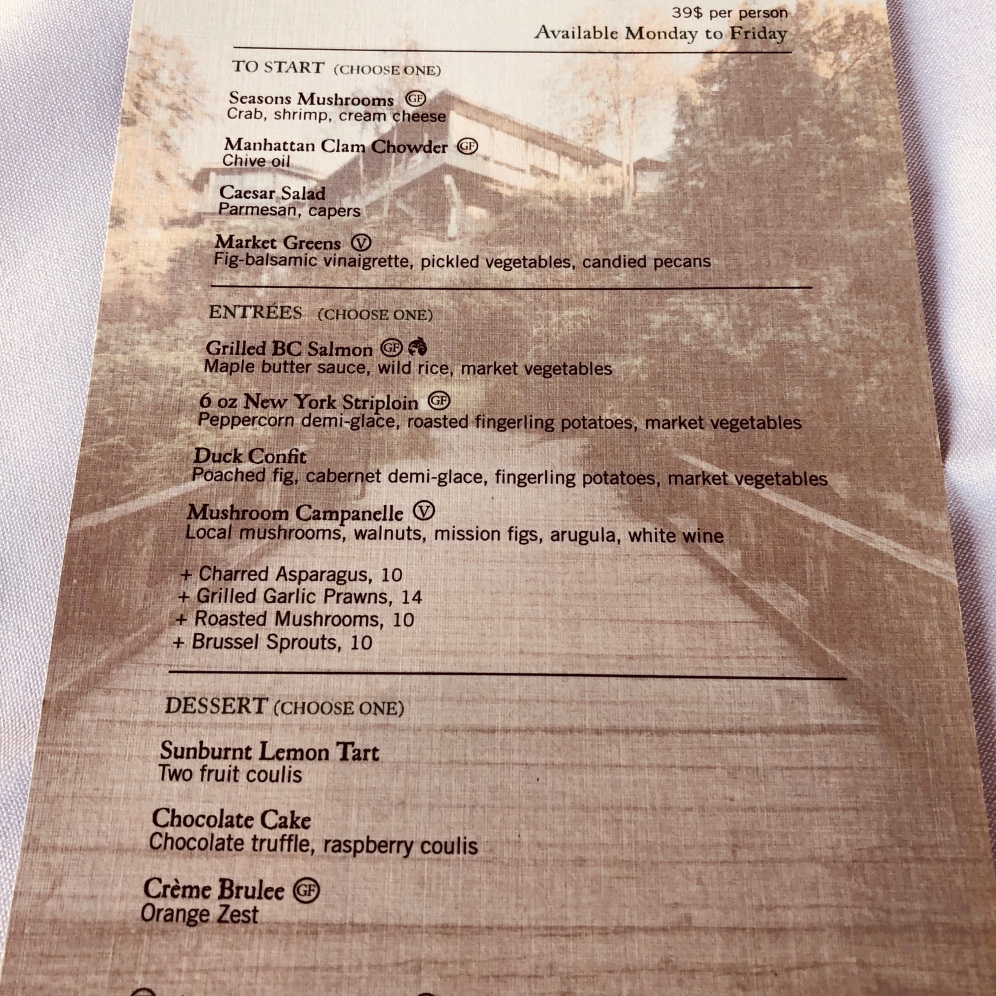 This [above] was my first meal upon arrival in Vancouver. I had a mushroom feast with Seasons Mushrooms (stuffed with Crab, Shrimp, Cream Cheese), Mushroom Campanelle (very generous portion), and Creme Brûlée.  [If in your case as in mine, the cast iron dish and pasta plate are extremely hot upon serving, I would recommend you request an extra plate to eat from to avoid mishaps. The manager was very very kind, quick, and attentive with a cooling burn cream and bandage but you might agree, an ounce of prevention is better…]

After the meal, you can walk around in the cool weather to appreciate the gardens, the Bloedel Floral Conservatory… 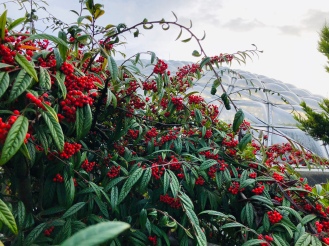 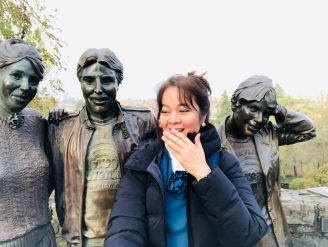 …and right by the “Dancing Waters” fountain, Henry Moore’s “Knife Edge” bronze sculpture, one of three copies made by famous British sculptor Henry Moore. [The other two copies are in London in front of the Houses of Parliament and in New York at the Rockefeller Estate.]:

October would have provided the most glorious of Autumn viewing but during my November visit, I was so thankful for every trace of Autumn I could catch.

There is a time for everything, and aseason for every activity under the heavens. Eccl. 3:1