Considered one of The Three Great Gardens of Japan, Kenroku-en  (meaning “having six factors”) was thus named for having the six attributes that comprise the perfect garden landscape: antiquity, artifice, magnificent views, spaciousness,  tranquility, and waterways.

The spectrum of flowering trees allows the garden to be beautiful throughout all four seasons. In the spring, plum and cherry blossoms take center stage. In summer, azaleas and irises. In autumn, red, orange, and yellow leaves from cherry and maple trees.  In winter, as you see on this visit, the Karasaki pine tree branches are tied with rope in a conical arrangement to prevent their branches breaking from the weight of forthcoming snow; this is called yukitsuri (translated as “snow hanging”).

Opened to the public in 1871, Kenroku-en Gardens is located next to Kanazawa Castle. Built by the Maeda Family, the ruling lords from the feudal period, it used to be the outer garden of the castle. Succeeding lords used the garden for banquets, moon viewing, appreciating nature, or admiring horses.

The big pond, named Kasumigaike, was likened to an island on open sea inhabited by an immortal hermit with miraculous power. It was built to symbolize long life and prosperity of the feudal lord.

As you continue to discover the six factors of the perfect landscape with the art and elements of nature, it makes for a refreshing yet tranquil place to walk, rest, play or pray. 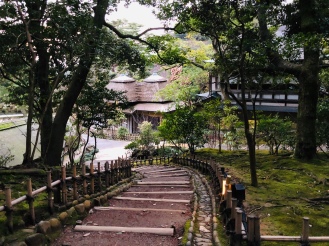 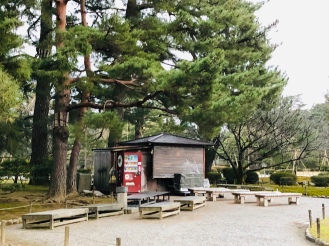 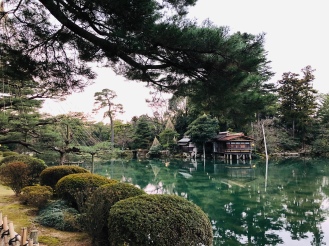 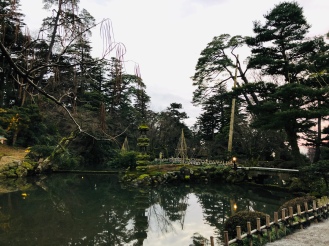 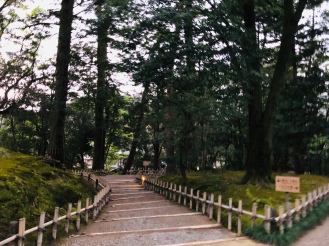 On the northern edge of Kasumigaike Pond, there is an iconic two-legged lantern  called Kotijitoro which I missed on this trip. Here on Japan Travel page is a photo and story on it.

Below is a fossilized bamboo water basin: 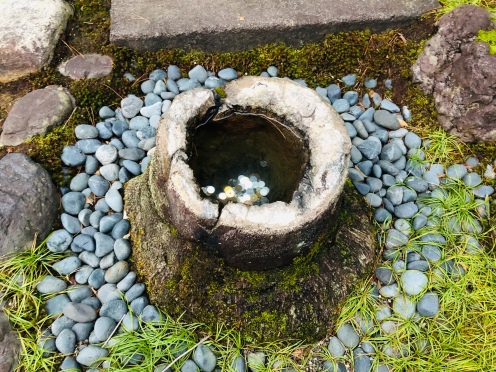 Near Hisagoike Pond is a small waterfall and pond.

There are preserved traditional garden teahouses from which to enjoy tea and Japanese sweets in the middle of the beautiful scenery. 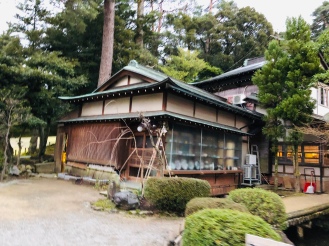 Adjacent to the gardens is the Kanazawa Castle. 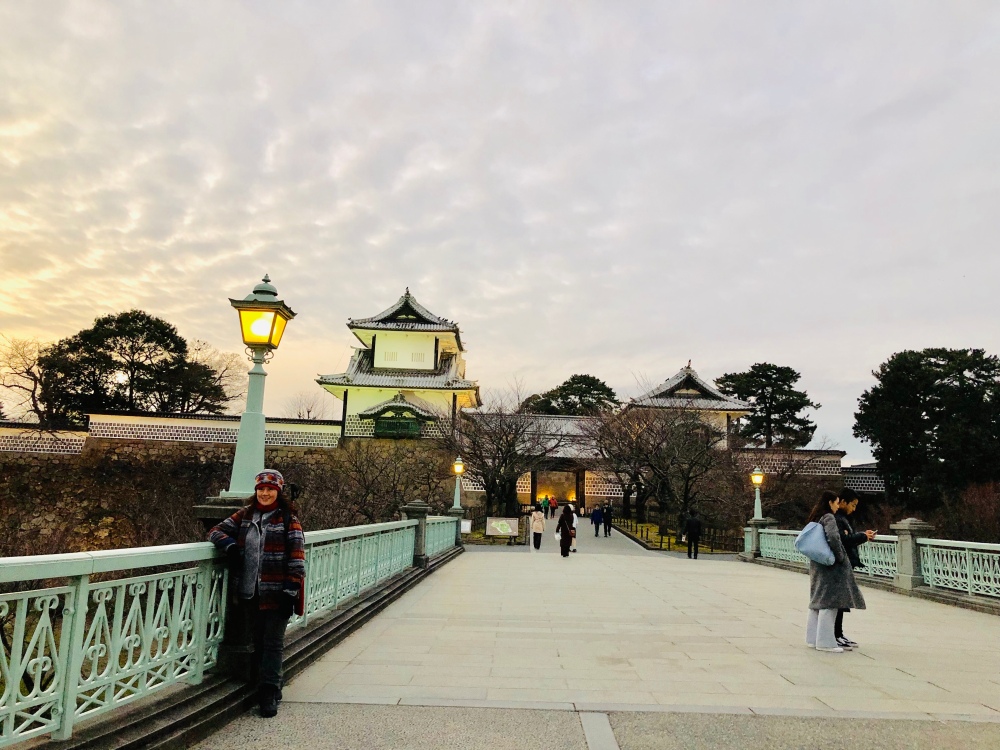 The road below the entrance bridge used to be a moat (as seen on black and white photo below right) as a defense against external attacks.

Presumably part of the barriers of entry to the castle is also this thorny plant (which looks like the crown of thorns which were placed on Jesus’s head during his crucifixion) at the corner of the entrance. 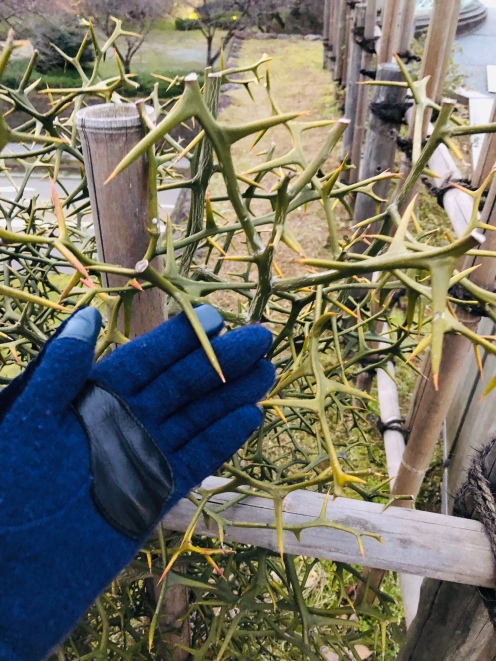 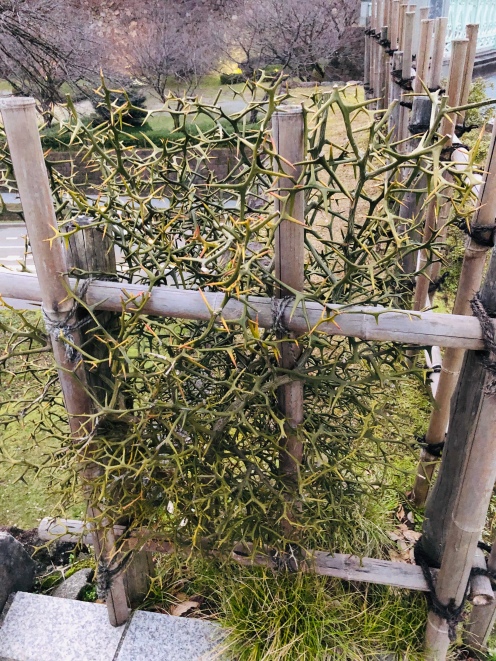 Standing beside the “crown of thorn” bush

At the perimeter outside the Garden in front of the castle is a charming street with traditional street with souvenir shops, cafes, and a bed and breakfast. 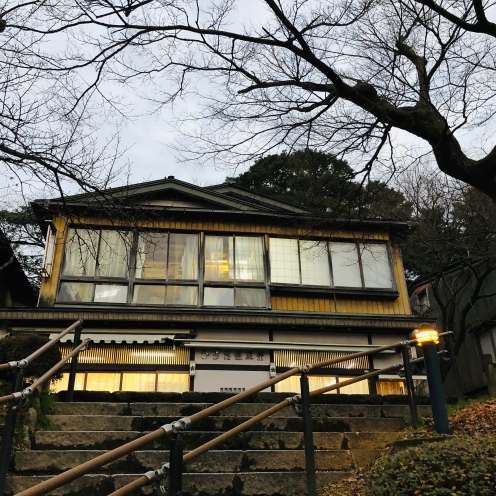