Not-to-be-missed Mt. Fuji World Cultural Heritage Site and Japanese national monument, Oshino Hakkai Springs is situated in an idyllic, picturesque village in the Fuji Five Lakes region where you can explore nature, history, food, and culture while chasing Mt. Fuji. On a clear day, you might see her majesty, the elusive Fujisan.  If you happen to come on a day when she is veiled by the abundant clouds, there are still many more treasures to explore in the Yamanashi area to make your travel time worthwhile. (Kawaguchiko Station is about half an hour from here by transit. From there, you can catch a direct 2-hour 9-min bus to Tokyo Station.)

Five Lakes of today used to have Six but the sixth lake dried up many hundred years ago; as a result of Fujisan’s many eruptions, the space between Fujisusono and Mt. Misaka got filled in with land. Over the last many decades, melting snow from the slopes of Fujisan managed to flow through porous lava thereby forming the eight springs which comprise Oshino Hakkai Springs. The water here has been included in Japan’s National Top 100 Spring Waters in 1985 with highly rated water quality, volume, and safety for drinking.

A long line of food vendors lines both sides of the street offering dried fruit, beef barbecue (very tasty but needs vigorous chewing), chestnuts roasted on site, and other cooked-on-site food sweet and savoury specialties as you walk your way to the springs. 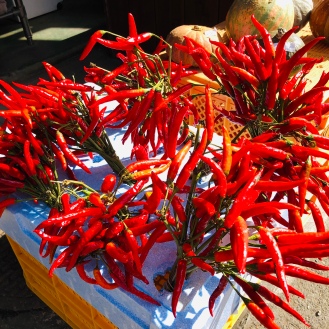 We were blessed to come at the threshold of awesome Autumn for the much anticipated and celebrated phenomenon locally called 紅葉 koyo meaning “autumn-colored foliage” when leaves start to turn color before they fall to the ground.  We were about two weeks too early but thankful that we got a sneak preview of autumn’s coming glory which would probably take place around mid-November. Just like Sakura season, due to the nature of nature, the time of year changes each year and it is good to look to forecasts before scheduling a trip. 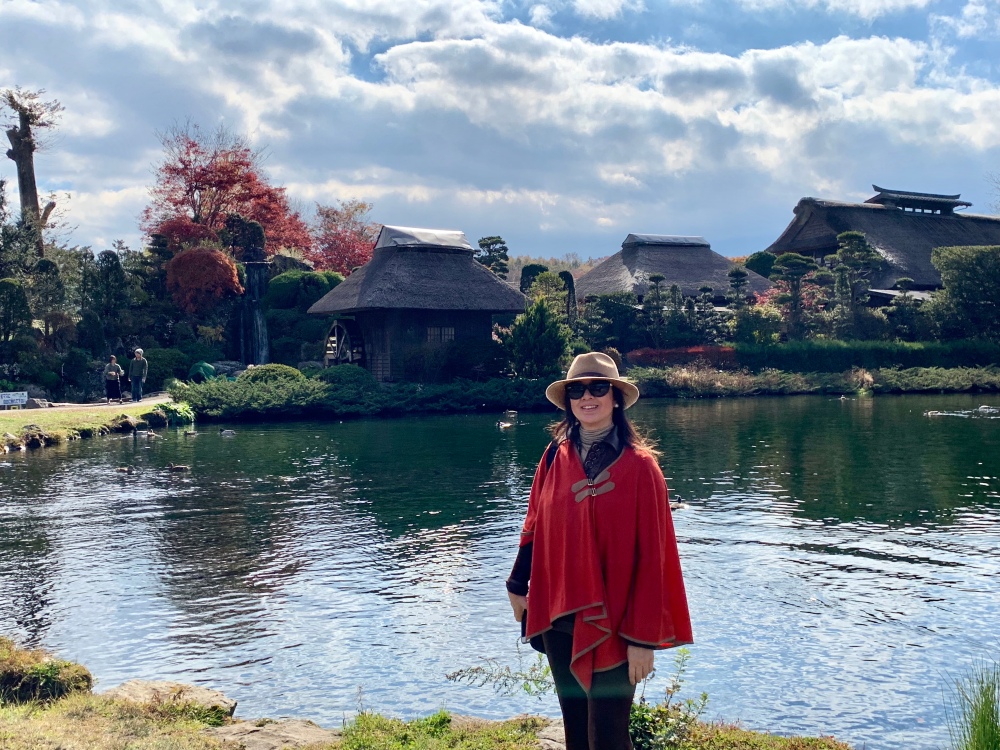 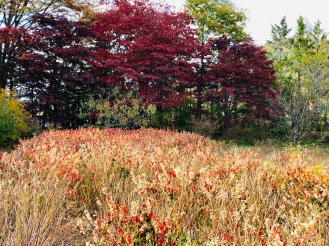 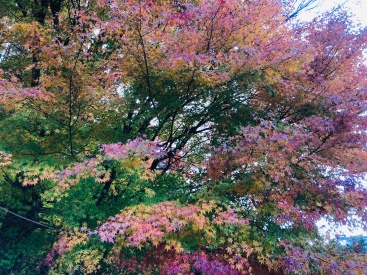 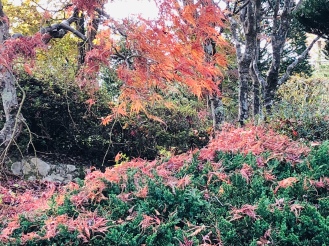 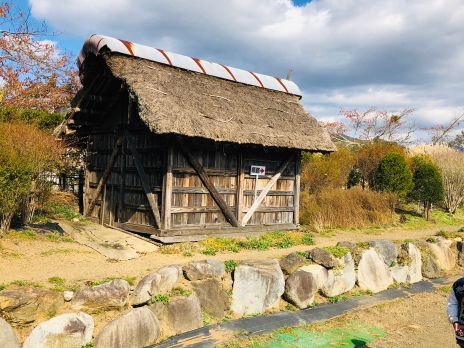 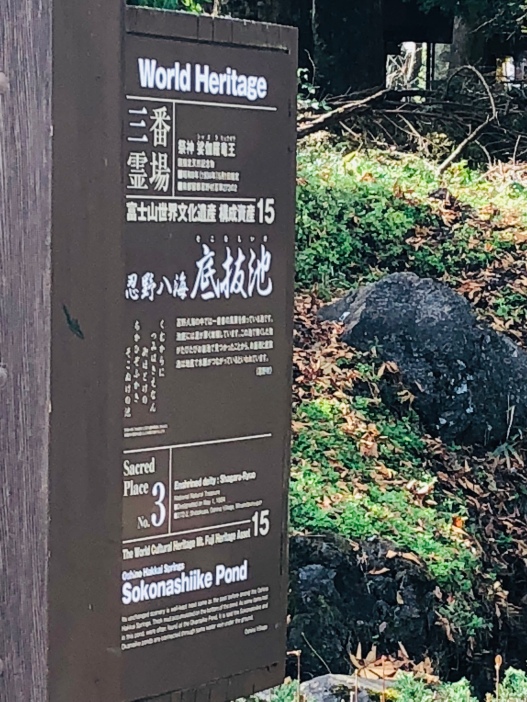 A 360 degree view from the elevated lookout:

The food specialty most famous in this area is the Houtou Fudou (otherwise called by spelling variations of the Japanese pronunciation of “hot food”). We found one on the main road by the parking lot. The Tourist Information Office right at the mouth of the Springs can point you to it.

The tasty dish consists of generous portions of different fresh vegetables and flat wide noodles (it’s on the thick heavy side) in a well-seasoned, tasty, and perfectly-balanced miso broth. One order worth JPY1000 (about PHP500) was served over a burner to keep it hot. So good for cold weather.  The beloved and I each had our fill of two servings each, yet a good two servings remained in the pot. 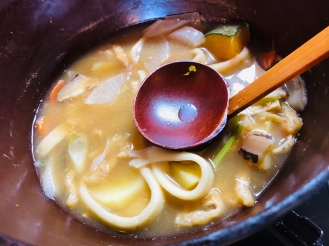 King of Kings, Lord of Lords

Oh, how wonderful is
Your creation and Your works in our lives
Overwhelming me with thanksgiving on this visit to Oshino Hakkai Springs…